New white paper on Structures of Cinematic Consciousness is now available for online viewing and download.

This paper includes a preliminary mapping of how stages of human development and the structures of consciousness that make up each stage are embedded in moving image-based artifacts such as movies, television, online and mobile video, video games, virtual reality, augmented reality and mixed reality mediums. These mappings are based on a meta-analysis of hundreds of moving image artifacts cross-referenced with research on stages of human development, structures of individual and collective human consciousness, human perception, creative expression, and cultural and social anthropology.

The Co-Evolution of Cinematic Expression and Audience Perception

One of the most memorable days of my life was when motion picture director and editor Robert Wise spent the afternoon with me going over the rough cut of one of my films. As Bob went through every cut with me and shared his wisdom I kept thinking to myself “My God, the man who edited Citizen Kane (1941) is helping me edit my film!” I learned so much from Bob that day, both about filmmaking and about life. One of these “Wise” lessons was his sharing with me his perceptions about a possible connection between the evolution of consciousness and the evolution of the cinema.

Over his illustrious 60-year career, Bob observed that the perceptual consciousness of the cinematic audience appeared to advance along with the cinema in the ability to communicate more information, in more abstract forms, within shorter durations of time. He explained that when he first started in the film industry the motion picture audiences required very clear linear story structures, and that gradually throughout his career, the audiences seemed to develop the ability to more readily and quickly project meaning across discontinuous and non-linear cinematic structures.

To illustrate one aspect of this evolution, Bob used the example of a cinematic sequence that has a character driving to another character’s house for a meeting. In the old days filmmakers had to show the person driving the car, stopping the car, getting out of the car, walking up to the house, knocking on the door, and then going inside. Gradually over time, the audience has advanced to the point of being able to accept a direct cut from a person driving a car to them suddenly being inside someone’s house. Wise believed that these advancements in both cinematic expression and the perceptual consciousness of the cinematic audience were the product of an interdependent and co-evolutionary relationship between the cinema and the audience. This observation appears to concur with Jean Gebser’s (1986) contention that artistic movements and trends have a tendency to influence and be affected by the evolution of consciousness.

At the end of our time together, Bob was called away quickly, but before he left the editing room, he paused to compliment my work and then sweetly and genuinely said, “I hope I helped you a little bit…” Of course, I profusely thanked him and sincerely assured him that his help was beyond measure. As Bob walked off, I thought about his last words to me and felt a mysterious shift inside me. In that brief moment, it seemed as though I had received a kind of shaktipat, or life-lesson-energetic-transmission, from this amazing man. After all the awards, honors and accolades, Bob Wise was still a sweet and deeply humble human being, and his living presence and example penetrated me in ways I still cannot describe. I will never forget that moment, and every moment I was blessed by his presence. In my heart and mind, I believe Bob Wise was a true Cinematic Bodhisattva.

Welcome to the Cinevolve Initiative 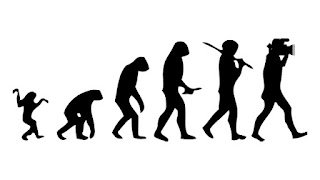 Cinevolve is a Manhattan Project-style research and enactment initiative to uplift humanity through these challenging times by storifying and gamifying the stages of human development and the evolution of individual and collective consciousness.
at October 10, 2018 No comments:

Cinevolve is a Manhattan Project-style research and enactment initiative to uplift humanity through these challenging times by storifying and gamifying the stages of human development and the evolution of individual and collective consciousness.

What Makes a Media Work Integral?

This was a special event for all past and present transformative media shaman course participants, along with members of the wider Integral...

Cinevolve is an initiative of the Integral Cinema Project.